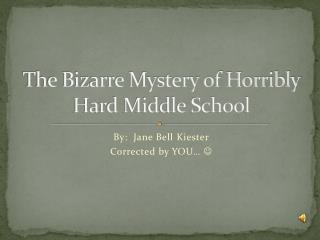 Welcome to Elko Middle School (Home of the Eagles) - . 6 th graders are: more self-assertive and curious restless and

The Bizarre Mystery of Horribly Hard Middle School - . by: jane bell kiester corrected by you… . giggles in the