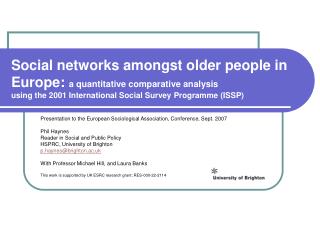 Social Networking Sites - . “social networks will play the most important role in the online habits of young people and

Introduction to the Models and Tools for Social Networks - . kenneth frank, college of education and fisheries and

Poverty, Prisons, and Social Development - . excerpts from the second edition of dignity of the individual international

How Social Media Management Helps Businesses - What is social media management and how can it help businesses? social