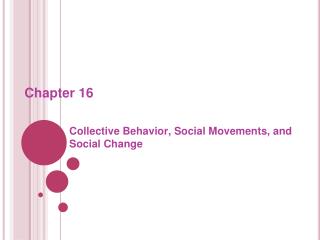 Chapter 16. Collective Behavior, Social Movements, and Social Change. Questions for you…. What social factors mobilize people to begin a social movement? In your opinion, which social movement of the 20 th century had the greatest impact on social change?