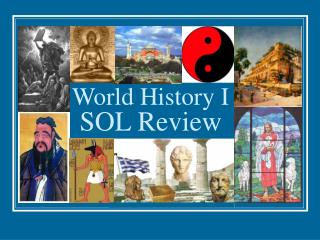 World History I SOL Review. Which city is important to Judaism, Christianity, and Islam? Rome Constantinople Mecca Jerusalem. Identify the individual standing in the center of this painting who is holding two stone tablets: a) Abraham b) Nebuchadnezzar c) Moses d) Joshua.

AP World History Review 600 to 1450 Mrs. Stanfield - . “those who cannot remember the past are condemned to repeat