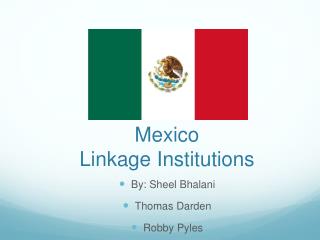 Mexico - . by gabrielle lashley. mexico. all about mexico. mexico is a federal constitutional republic in north america.

Political Linkage: Factors Work Through These Links to Influence Political Policy - . social movements. what are social