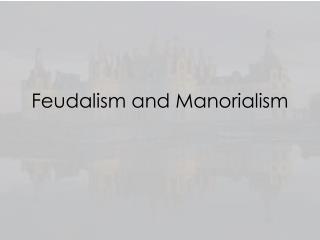 Feudalism and Manorialism. Warm-up. Write a one paragraph summary explaining which parts (3-5) of the castle you think provided the best defense during a siege and why you think they were effective. Serf Packet. Read together Double entry journal I am Poem

Middle Ages Battleship - . q. this system of promises governed relationships between lords and vassals. a. feudalism.

Middle Ages Battleship - . q. this system of promises governed relationships between lords and vassals. a. feudalism.

The Early Middle Ages - . a powerpoint presentation by kevin f. keiser. in this unit, there are four developments. 1.

Chapter 17 – The Early Middle Ages - . section notes. geography of europe europe after the fall of rome feudalism and

The End of Feudalism - . social studies 10 mr. binet. today’s class: thursday, may 28. review of black death. be sure

Feudalism and Manor Life - . feudalism governs knights and nobles. nobles had to defend their land from invaders. as a

The Renaissance - . a story of death and decline: feudalism ends. the black death kills half of the population peasants