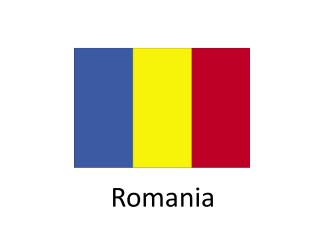 Romania - . by ethan stancliffe. romania has many great

ROMANIA - . location. romania is a country located in south-eastern central europe, on the lower danube, north of the

ROMANIA - . by:destinee smith ,and jahsaun arnett. my country. my country is romania. country capital. my capital is