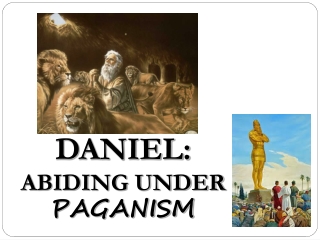 The Beasts Out of the Sea (Daniel 7) - . preliminary observations about the book of daniel. daniel’s message is