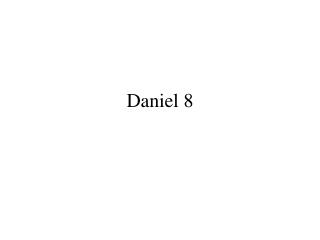 Timeline series timeframe 1 – Daniel 8 - . daniel's visions of antichrist's empire greater than and including the old

Daniel - . daniel on his knees by his bed one day that was daniel’s habit 3 times a day when some local politicians