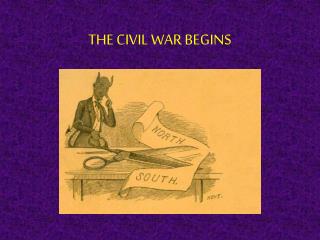 THE CIVIL WAR BEGINS. Shots Fired at Fort Sumter. Though President Lincoln did not want war with the South, he did not recognize the Confederacy, and vowed to protect union property below the Mason – Dixon Line.