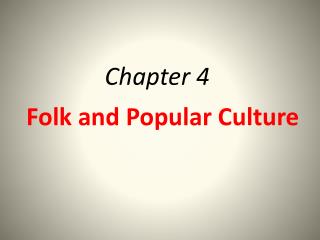 Chapter 4. Folk and Popular Culture. Understanding Folk and Pop Culture. Culture includes three elements – it is defined by: Values, material artifacts, and political institutions Geographers look at where these occur and why they are distributed in the patterns observed