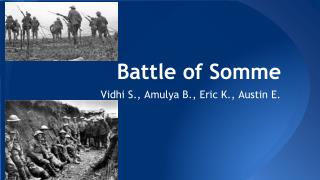 The Battle of RDA: Victors or Victims - . rick j. block columbia university. rick block on rda:. “i think it is a

Name That Lie - . macbeth unit review. macbeth already holds the title thane of cawdor at the beginning of the play.

Battle of the Hürtgen Forest (Hurtgenwald) - . battle of hürtgen forest is name given to series of battles fought in

Merchant Navy ‘Sparks’  in the Battle of the Atlantic - . experiences of a young radio operator  on the north