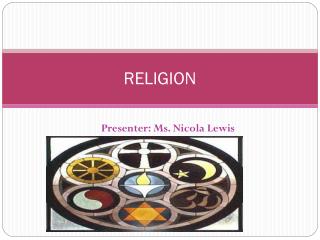 RELIGION. Presenter: Ms. Nicola Lewis. What is Religion?. Religion refers to the existence of a supernatural being which has a governing effect on life. ( Robertson, 1970)