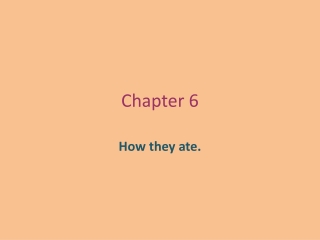 Chapter 6. How they ate. Focus. At the end of this presentation, you should be able to identify the Roman dining customs as well as the Latin names for the meals eaten by ancient Romans. For Starters.