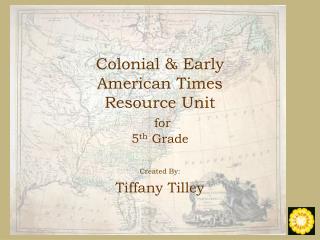 Early Tamil Epigraphy From the Earliest Times to the 6 th Century AD By Iravatham Mahadevan --- An Overview by S. Swami

Unit 3 - . creating a nation. unit iii standards. ss.8.a.3.1: explain the consequences of the french and indian war in