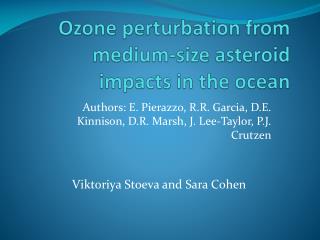 Ozone perturbation from medium-size asteroid impacts in the ocean Ozone perturbation from medium-size asteroid impacts in the ocean

COASTAL OCEAN - . • we will start with chapter 11 first, then chapter 10. coastal ocean. shallow ocean area over