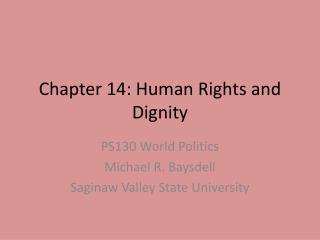 THE UNIVERSAL DECLARATION OF HUMAN RIGHTS AND SLAVERY What is the Universal Declaration (UDHR)? - What does it say about

Chapter 7: The 5th Commandment - . “you shall not murder.”. duty extends beyond not murdering to working against

The Kantian Approach to Human Rights – Thinking about Dignity and Its Implications - . er 11, spring 2012. remember.

Right to life - . the subjective and the institutional side of the right relation to the right to human dignity 2.1.

The Human Rights of People with Disabilities - . presented by geoff ames, april23, 2014 for the consortia of

Human Rights - . the basic rights and freedoms to which all human beings are entitled. universal declaration of human