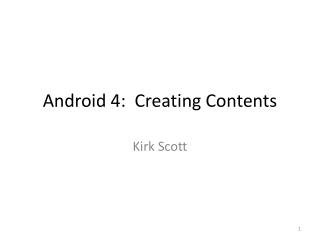 How to boost GPS signal on the Android unit - Your gps sensor allows your phone use navigational apps, for example google Are you crazy about creating apps Join for the Android course in Ahmedabad - Its apps, apps everywhere, it's become an How To Make App Intro Screen For Your Android Application? - Developing an app and publishing it is the first step. you

Tips to install Android Pie on your device - The most awaited release from google that has been revealed is android pie.

Hello World on the Android Platform - . getting the tools setup. need to install… eclipse (the ide) android sdk java

Convert websites to android mobile apps for free using android studio - Welcome to our school! we want you to be able