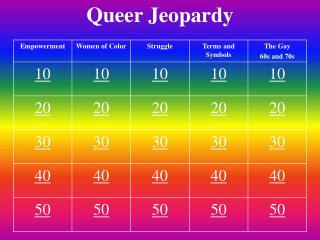 THIS IS - Jeopardy. this is. created by: chad sims jason sells. to double jeopardy. to final jeopardy. jeopardy. green

Welcome - . to. jeopardy!. science. butterfly jeopardy. second grade. final jeopardy. round 1. round 2. what makes me

Welcome - . to. jeopardy!. final jeopardy. round 2. round 1. what goes around comes around. i’m gassy. what’s in a

Physio Jeopardy - . your host: alex jeff gotrocks. physio jeopardy. why this for $100. we need to study this in order to