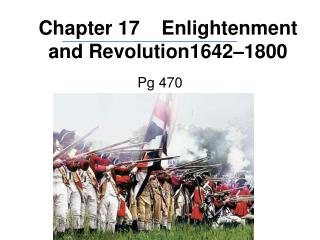 Chapter 12 The Periodic Table - . the how and why. history. russian scientist dmitri mendeleev taught chemistry in terms

GLOBAL HISTORY III - . chatman. enlightenment. aim: who should rule? do now (5 mins.) is government a natural

The Revolutionary Era - . chapter 4. war and diplomacy. the 18 th century was an interesting juxtaposition of the

The Enlightenment - . the enlightenment. belief in the supremacy of reason over pleasure; conviction that humans could