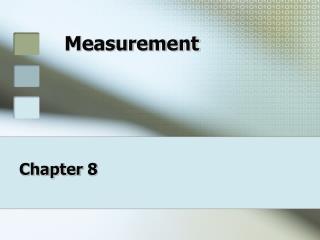 Measurement. Chapter 8. Why Measure?. Measurement is the practice of comparing the qualities of an object to a standard. To describe objects using measurement, we have created systems of standards of comparison. Early Measurements.