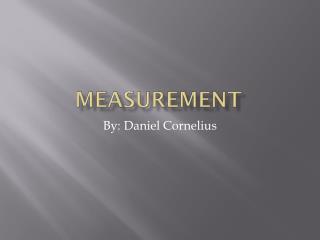 Measurement. By: Daniel Cornelius. Long, long ago.. Before “numbers”. 9 th Millennium BC: Different types of clay tokens were used to tally agricultural products in Mesopotamia. Use of written symbols to represent tallies. Euclid(280BC) defined a number as a ‘multitude composed of units”. Measurement - . accuracy &amp; precision. accuracy. how close a measurement is to the actual value. precision.