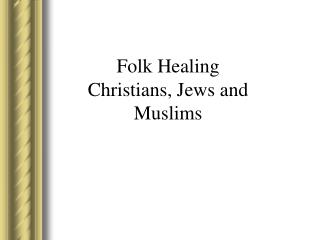 Jews , Christians a nd Muslims in History - . marek Čejka. middle east today gives the impression that it is a place of

Jews , Christians a nd Muslims in History - . marek Čejka. middle east today gives the impression that it is a place

How Muslims and Christians view Merchants: 2002 DBQ,COT And COMP - . from the 2002 world history ap examination

Three Layers of Contact Between Jews and Christians during the Middle Ages - . rhetorical: the level of discourse; mutual

Jews and Judaism - . the jewish people share a unique culture and religion. judaism is based on the responsibility to: