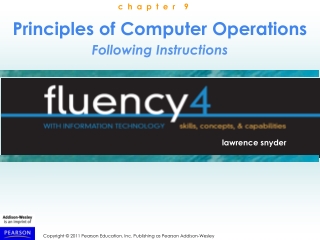 13 Instruction Execution Steps - . a simple computer executes instructions one at a time fetches an instruction from the

Engines - . control power cvhs. introduction. we will be examining several types of engine converters that are commonly