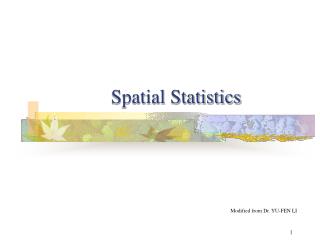 Local Spatial Statistics - . local statistics are developed to measure dependence in only a portion of the area. they

Spatial Statistics II - . resm 575 spring 2011 lecture 11. what we will use spatial stats to find. how features are