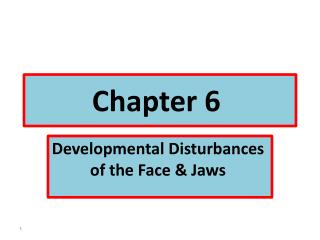 Chapter 6. Developmental Disturbances of the Face & Jaws. it may be useful to learn some terms & definitions : 1- Congenital : Congenital malformations are anatomical or structural abnormalities that are present at birth , though they may not be diagnosed until later.