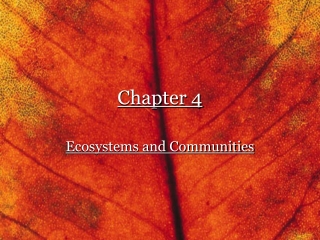 Chapter 4. Ecosystems and Communities. The Role of the Climate. What is climate ? The average, year after year conditions of temperature and precipitation in a particular region What is weather ? The day to day condition of the earth’s atmosphere at a particular time and place.