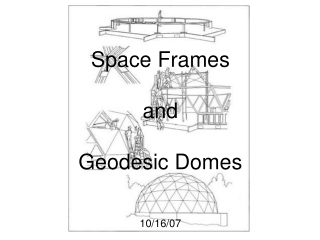 Gregory Mendell, LIGO Hanford Observatory - What are the rds frames?. rds frames are subsets of the raw data, with some

Shells and Domes - . shells. shell is a type of building enclosures. shells belong to the family of arches . they can be

Domes Suppliers in Singapore - Polytech is a leading no.1 domes manufacturer company in singapore.we are offers variety

How Space Frames Give your Building Additional Support? - If you are thinking to give your building proper and additional