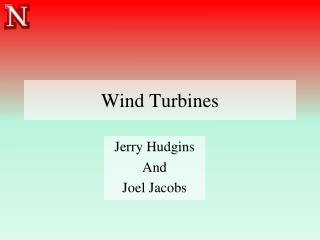 Wind Turbines . Jerry Hudgins And Joel Jacobs. Wind Resource Facts. Double the wind speed results in 8 times the power! Wind speed is larger as you move higher above the ground. Doubling the area swept by the blades doubles the power captured from the wind.