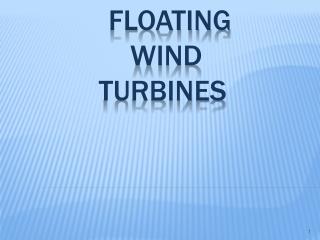 FLOATING WIND TURBINES. Renewable energy  is energy which comes from natural resources such as sunlight, wind, rain, tides, and geothermal heat, which are renewable. Climate change concerns, high oil prices, and increasing government support, accelerates the growth of this sector.