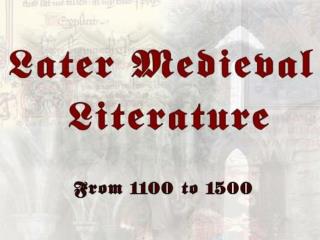 The Middle Ages and the Early Modern Period Changes and Continuities - . europe‘s position in the world. europe during

The Medieval Period 1066 – 1485 England’s Dark Ages - . normandy is on the northern tip of france, separated from

The Middle Ages - . europe after the fall of rome and feudalism and the manor system. vocabulary. chivalry – the code