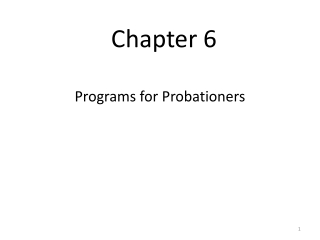 Chapter 6. Programs for Probationers. Introduction. After a determination of guilt in a criminal court, some offenders are sentenced to probation for a period of years There are several different types of probation programs There is standard probation and intensive supervised probation