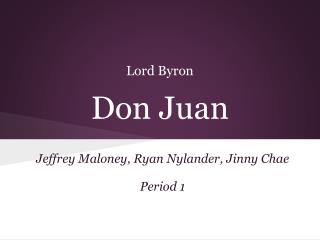 The Pepperdine Research Team - Bridges and barriers in the development of faith, identity, vocation, and life purpose in

George Noel Gordon - . don juan. the plot of the