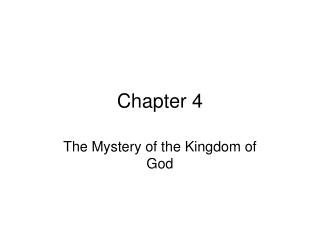 Chapter 4. The Mystery of the Kingdom of God. The parable of the Sower. The sower = Jesus The seed = His Word The soil = Heart The Road way = Stubborn (no self control, self centered)