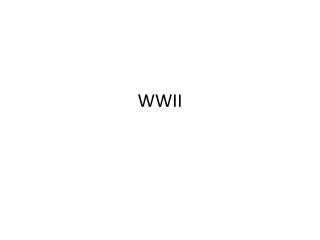 WWII Interactive PowerPoint lessons - . jared smith. directions. read through each slide use the action button in the

WWII PowerPoint - . 10/31/13. get your mini-poster out learning targets: i can summarize a historical event and analyze