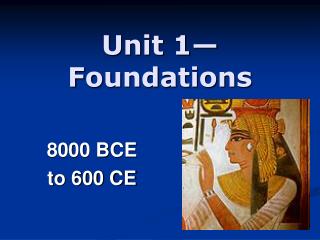 Unit 1—Foundations. 8000 BCE to 600 CE. We begin at about 8,000 BC when village life began in the New Stone Age. . . Also known as the Neolithic Revolution . NEW STONE AGE. A TOTALLY new way of living:. From. Hunter-Gatherers. to Agriculture. INVENTION OF AGRICULTURE. Unit 1: Foundations of Economics What comes to your mind when you hear the word SCARCE? (video about scarcity) - . what