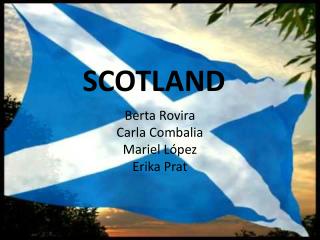 Restorative Justice in Scotland - . an overview of . . . restorative justice services in the children’s hearing system.

Internal Parasites of Livestock - . jennifer edmiston per2 4/07/02. roundworm. there are two types of common roundworm:

Sticks and stones Review of Nature Based Tourism sites in the south of Scotland - . dunira strategy and the borders