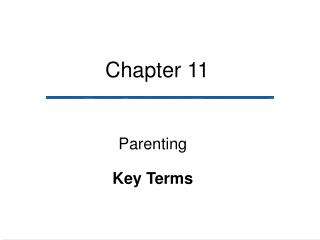 Chapter 11. Parenting Key Terms. Parenting The raising of a child by its parents. Transition to parenthood The period of time from the beginning of pregnancy through the first few months after the birth of a baby. Oxytocin