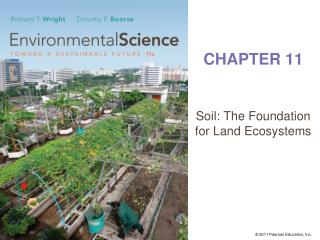 CHAPTER 11. Soil: The Foundation for Land Ecosystems. An introduction to soil and agriculture. Some farmers follow the five golden rules of the tropics Keep soil covered Use minimal or no tillage Use mulch to provide nutrients to the soil Maximize biomass production Maximize biodiversity