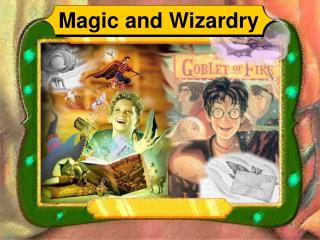 Magic and Wizardry - . lesson 16. in this lesson, you will find out about wizardry. learn about a very special school

ITS not Wizardry - . the collaboration of dorothy and the tin man. karen leach, colgate university david smallen,

The wizardry of Quidditch

The Fascinating World of Witchcraft and Wizardry - . miranda

Editing and other types of Video Wizardry - . tricking your audience into believing anything!. the imovie interface.

Magic and Miracles - . definition and history. magic. what is magic vis- a- vis miracle the practitioners of magic

Magic Kingdom: A Place of Magic and Awe - One of the most popular parts of disney world is magic kingdom. kids love this