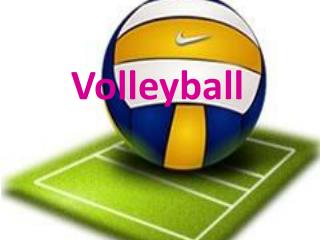 Volleyball - . by: keith crisler edci 270 belen garcia. next. agenda. this power point is designed for the viewing of

Volleyball - . how it’s played:. a volleyball game is usually played with the best out of 3, ending each set at 25

Even Volleyball has math! - . our obejective. - we are trying to find which serve, a jump serve or a float serve is more

VolleyBall ’07-’08 - . volleyball season will start november 27 th . tuesdays and thursdays if you have a team or

DIFFERENCES BETWEEN VOLLEYBALL AND BEACH VOLLEY - . volleyball. volleyball is a game played by two teams on a rectangular