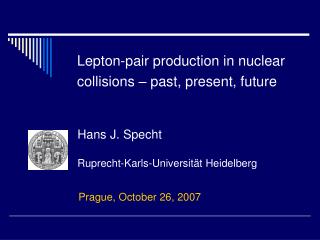 Nuclear Power Plants : The Past and the Future of Power - Nucleus composed of protons and neutrons 239 pu 94 or pu –

Elastic and Inelastic Collisions - . chapter 6 section 3. collisions. there are many different collisions in which two