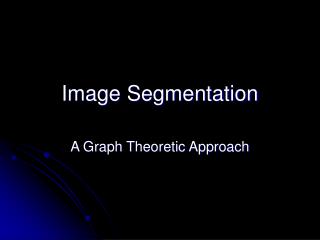 Image Segmentation - . what is image segmentation?. segmentation: split or separate an image into regions to facilitate