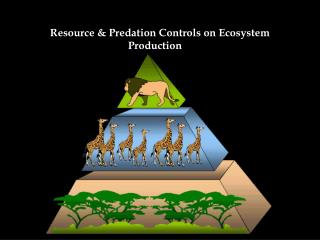 Resource & Predation Controls on Ecosystem Production . Bottom-up Controls – refer to control of abundance or productivity of a species or functional group by supply of resources. Nutrients. What controls production in an ecosystem? . The “bottom up” view of Ecosystem production. Resource Management - . chapter 12. learning goals. recognize the variety of constraints that can affect a project,

Controls on the manufacture and distribution of veterinary medicinal products (VMPs) in the EU - . taiex, istanbul april

Internal Controls in a computerized environment - . some concepts of control do not change objectives framework (coso)*

Introduction to Production and Resource Use - . chapter 6. topics of discussion. conditions of perfect competition

Chapter 6 - . production. topics to be discussed. the technology of production production with one variable input (labor)