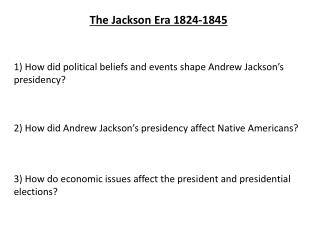 Stress Is modern life really rubbish or are we just complaining too much? Dr. Craig A. Jackson Occupational Psychologis

The Jacksonian Era - . vocabulary. suffrage – the right to vote majority – more than half nominating convention –