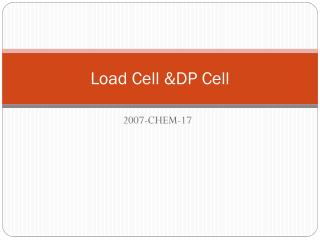 Load Cells - . erwin kohler. definition. a load cell is a force transducer that converts force or weight into an