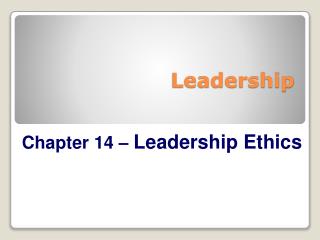 Leadership. Chapter 14 – Leadership Ethics. The Smartest Guys in the Room (2004) McLean and Elkind