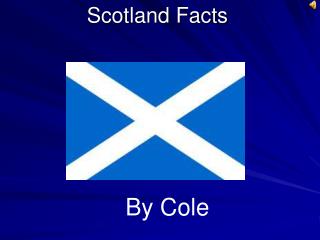 Scotland Facts. By Cole. Map. Scotland is 30,414 square miles and the population is Around 5.2 million! The largest city is Glasgow and the capital is Edinburgh. (Scotland’s Here!!). A Couple Of Landmarks.

Edinburgh, Scotland - . a gruesome past and haunted future. edinburgh. most haunted city in the united kingdom and quite

GLASGOW - . the largest city in scotland. glasgow. facts and figures. there are six hundred thousand people living in

Scotland - . Õie pärn g1b. facts about scotland. it’s a country that is a part of the united kingdom population

All About Britain (PrimaryTwo) - . where is britain?. britain. scotland. england. wales. facts about britain. * the

Scotland - . by jozef pavelka. scotland  is a  country  that is  part of  the  united kingdoms. the capital city of

Scotland – Basic Facts - . a part of the uk to the north of england (but has its own parliament , legal system ,