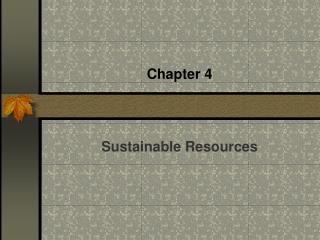 Chapter 4. Sustainable Resources. 4.1 Introduction Previous chapters examined whether there exists a global population problem: whether it is an issue of production or distribution Chapter looks at the supply side of sustainability: within the context of available resources,