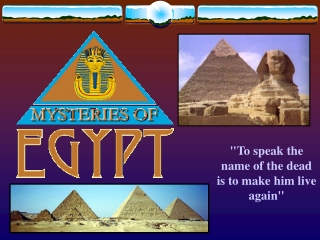 "To speak the name of the dead is to make him live again". Ancient Egypt civilization lasted over 3000 years.